A toddler fed a $100 bill into the machine, converting it to bitcoin with the touch of a button.

“Done, now your wallet is funded,” said Cotten, in a video shot by the two girls’ dad at the Vancouver office of cryptocurrency exchange Quadriga, which allowed clients to buy cryptocurrencies. The office has since closed.

Watching the boy-faced Ontario business school graduate back then it’s difficult to imagine Cotten’s death at the age of 30 would touch off a storm of controversy in the cryptocurrency world. Friends and business associates this week described him as a kind, affable man who wasn’t flashy but enjoyed fine things.

Gerry was passionate about the digital currency space for as long as the space has existed. It’s extremely unfortunate. I hope we are able to retrieve the cold storage coins and fix what’s happened to his reputation.– Michael Patryn, ex-business partner

Cotten’s will filed in court Dec. 21, 2018, outlines how his $9.6-million cryptocurrency fortune will be divvied up between his Canadian loved ones — including a pair of chihuahuas with a trust fund.

All this as people who used his cryptocurrency exchange demand answers about missing millions. In January, Cotten’s widow Jennifer Robertson posted a notice on the five-year-old company’s website saying the founder — Cotten — had died suddenly.

In a court affidavit, Robertson said Cotten died Dec. 9 while working in Jaipur, India, helping out at an orphanage.

This week, more details emerged about how he was admitted to hospital with a bowel perforation and signs of septic shock, only to go into cardiac arrest, according to the Times of India.

In court documents, Robertson described hiring security experts to try to pry open digital cold storage accounts where client assets worth between $190 and $250 million are stored on encrypted thumb drives and on the laptop Cotten alone used to run the business.

“He was a very kind person. He wasn’t showy or flashy. But he did like fine things. He was a gentleman,” said Vancouver business associate and friend, Frederick Heartline.

Considering the amount of dirtbags in crypto especially, he was a gem.– Frederick Heartline, Vancouver business associate and friend

“Considering the amount of dirtbags in crypto especially, he was a gem.”

He said Cotten was a key player in Vancouver’s vibrant bitcoin community.

‘A ray of sunshine’

Michael Patryn said he funded the venture and was a Quadriga adviser until 2016.

Patryn — who said he was speaking from Thailand and heading to Hong Kong — said at first he didn’t believe word of Cotten’s death.

“He was like a ray of sunshine,” said Patryn, who first met Cotten online over five years ago. “The guy just always had a big goofy smile and laugh. He used to crack jokes all the time. He used to say he didn’t open up to many people, but he was able to open up to me, and he was like a little brother to me.”

Michael Patryn, pictured with a tiger on a trip in Thailand, describes Cotten as ‘a ray of sunshine,’ and said he was shocked to learn that his former business partner had died in India in December. (Michael Patryn/Facebook)

He said they eventually moved to Vancouver and created Quadriga.

They worked together until a fight split them in 2016, said Patryn.

Associates say the pair were an odd match — Patryn seen as the tougher businessman.

They’d lost touch, but Patryn said he felt compelled to reach out to Cotten’s widow, who he and others said is “spooked by death threats” from angry clients who are short cash.

“Gerry was passionate about the digital currency space for as long as the space has existed. It’s extremely unfortunate. I hope we are able to retrieve the cold storage coins and fix what’s happened to his reputation,” said Patryn.

Then CIBC froze $26 million over concerns about “disputed ownership.”

On Tuesday, the company moved to get creditor protection, and it was granted 30 days to sort out financial matters by a judge in Nova Scotia.

​Meanwhile, those who knew Cotten describe an affable kind man who liked to fly helicopters.

He says Cotten was always joking, and it’s fitting he died helping orphans, given his easy way with children, seen in the video Salkeld shot with his two daughters testing the bitcoin ATM.

Cotten’s will names his widow as the trustee and divides $9.6-million in properties and possessions between her and family. His pet chihuahuas — Nitro and Gully — get a $100,000 trust fund for lifelong care. 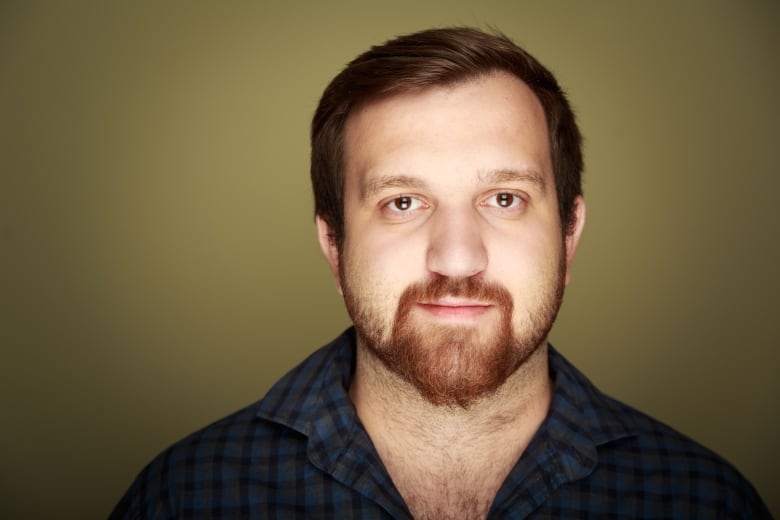 His plane and 2017 Lexus — and a Kelowna, B.C., property — were bequeathed to his brother and his sister-in-law.

Various N.S. properties and his sailboat were given to his parents.

‘Bit of a risk taker’

“He was a bit of a risk taker,” Heartline said.

“There’s a lot of bullshit going around right now people saying [Cotten] faked his death — he died with the keys,” he said.

But Heartline has faith. He said Cotten will send a password posthumously.

He believes Cotten had a plan. 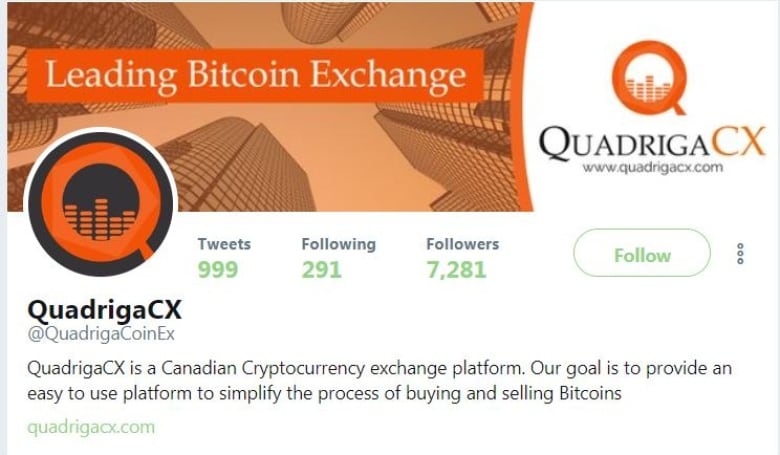 QuadrigaCX, a self-described ‘Leading Bitcoin Exchange,’ seems to have lost its assets.